For 18 years the guys at EcoVillage at Ithaca have baked pies for the community. It’s a tradition that started when a couple of friends picked gallons of wild blackberries on the EVI land. What to do with them? Why, make pies and invite the community to eat them, of course!  And so it was – and continues to be. What follows are some photos with captions to give you a flavor of this year’s event. 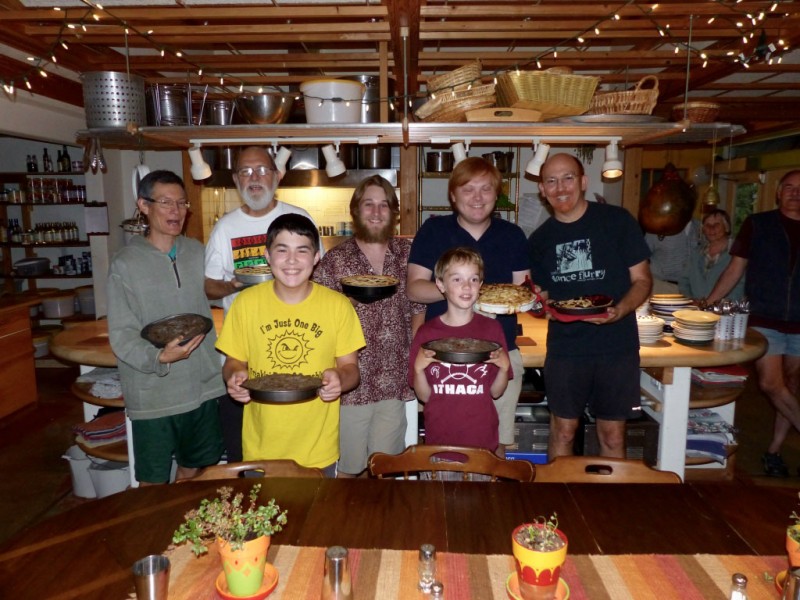 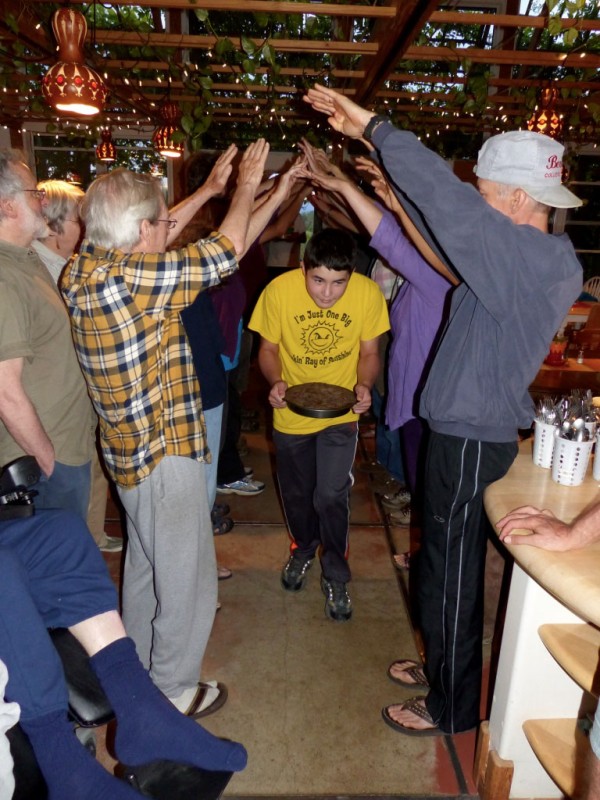 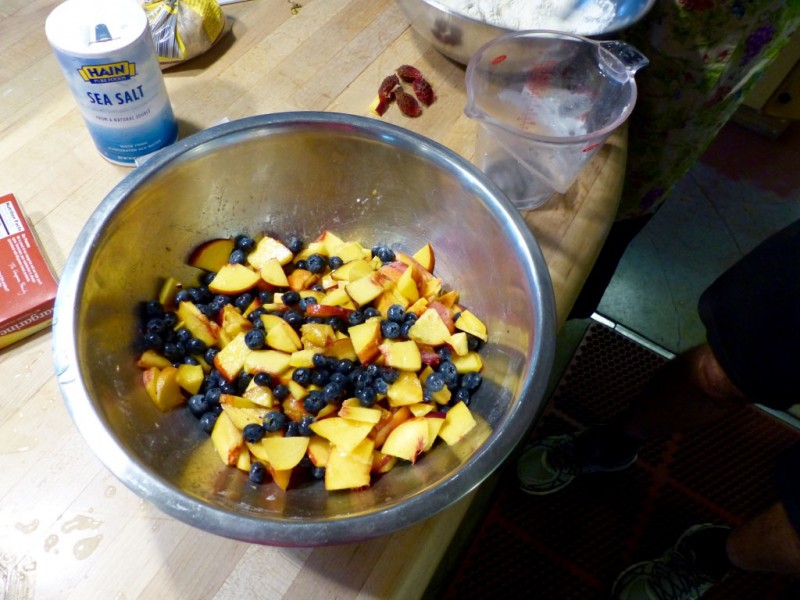 The ingredients for a multi berry pie 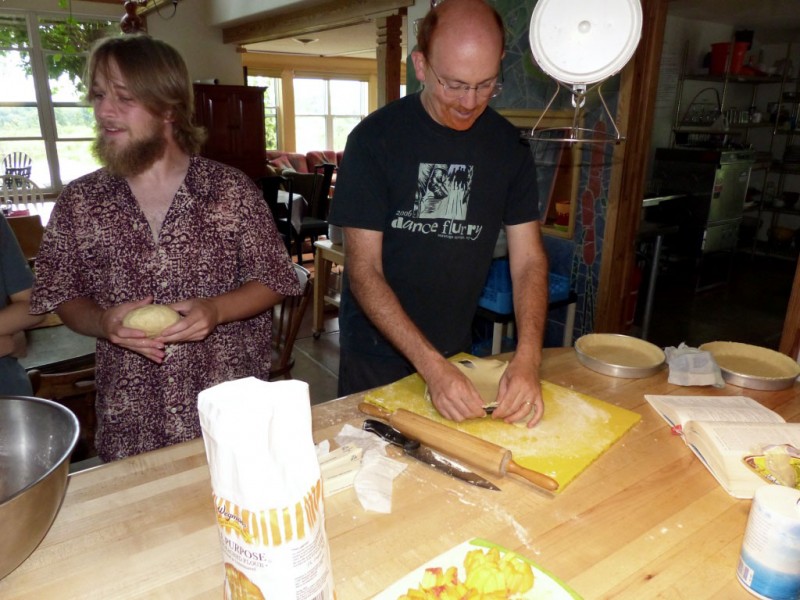 Aiden and Doug form the crust 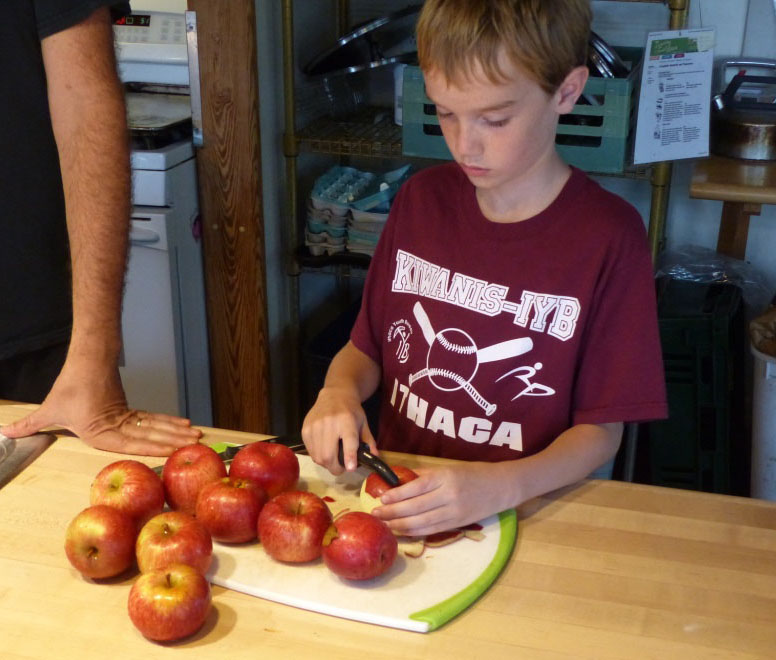 Preparing the filling (there is no age limit. EVI is an equal opportunity exploiter of talent.)